Home Stock Market 5 Reasons Investors Are Racing Out of Amazon.com 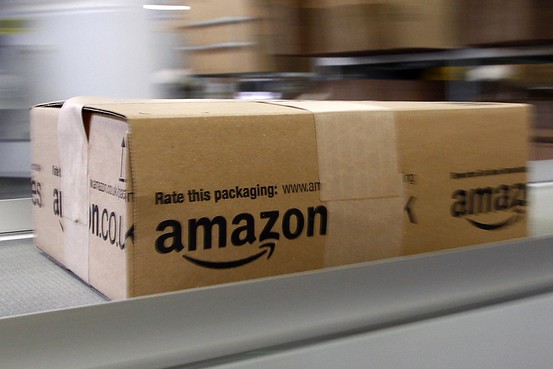 The company’s stock is down more than 10% in after-hours trading. Here are some key reasons why:

1) Profits are still there, but they’re not large enough.

Amazon reported a quarterly profit of $482 million, or $1 a share. That’s far below $1.56 per share that analysts surveyed by Thomson Reuters expected.

While the e-retailer’s profit more than doubled from 45 cents per share in the year-earlier period, Amazon’s investors had hoped that the company would finally show investors a string of highly-profitable quarters.

2) Revenues are up but not as much as expected.

Amazon’s revenues came in$35.75 billion in sales. That’s slightly below analysts’ forecasts of $36 billion. It’s still an increase of 22% from a year-ago quarter when revenue came in at $29.3 billion.

3) Amazon’s Cloud Computing sales and profits also failed to live up to the hype.

Investors have been looking at cloud computing or the Amazon Web Services unit as  key source of profit growth. Sales jumped and so did operating profits, but both fell below expectations.

Sales in the AWS division sales jumped 69% to $2.4 billion and operating profits rise to $687 million from $240 million. Yet, analysts were forecasting revenue gains of at least 70%.

4) Amazon is still spending heavily for its sales growth.

Investors in Amazon’s stock had more than doubled their money over the past 12 months as Amazon closed at $635.35 ahead of fourth-quarter earnings.

If Amazon’s stock opens around $553.81, its recent price in after hours trading, that return falls to about 80% in the past 12 months. Still that’s not too bad.

Apple and Google are more popular than any presidential candidate (AAPL, GOOG)

Microsoft, Google and Facebook will back Apple in the FBI fight (MSFT)