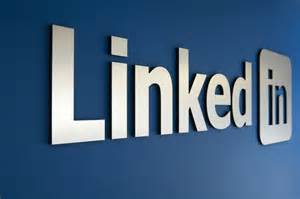 For professional utility, spending a few minutes a day on LinkedIn can bolster networking relationships, attract talent to your organization and support both your employer’s brand and your own.

Here are eight ways I’ve found to get value out of LinkedIn without eating up too much of your time:

Once or twice a year, review your LinkedIn profile to check that it’s up to date, especially with your basic contact information and links to other websites or your Twitter handle. That’s also a good time to add more details about what you’ve done lately at your current or most recent job.

2. Add Projects to Your Profile

Perhaps there’s a campaign you worked on, whose credits already appear publicly in an outlet such as Adweek, or maybe you’ve collaborated on a research report or a corporate social responsibility program.

Add these to the underutilized Projects field on your profile and tag others who contributed. Given that this is public and part of your own profile, make sure it’s work that you were directly involved with and not just something your company did.

LinkedIn is a great place to be altruistic. You can tag people you know or work with to congratulate them on a new job, applaud some good news from their company or share an article where they are mentioned.

Unlike Facebook, where people often don’t post anything unless they think many friends will like it, on LinkedIn, you can publicly acknowledge a friend in a professional setting that will mean something to them, even if it doesn’t get much engagement. LinkedIn is often best for one-to-one marketing.

If you want to publish longer-form stories, LinkedIn is a useful way to workshop ideas. LinkedIn signals when connections publish posts via notifications, so active users of LinkedIn who have hundreds of (real) connections will find an audience.

While such articles are unlikely to generate massive readership, readers seem more likely to comment there than they do in other outlets, and it’s a way to stay top of mind with connections.

If you haven’t joined a group on LinkedIn or haven’t participated in one this year, browse some friends’ profiles to see what groups they’re in and join one that looks promising. You can always remove yourself from the group, or simply stay in the group and unsubscribe from updates so that you can revisit it another time.

LinkedIn’s home screen is an odd beast. On its website, most of the updates are recent posts your contacts liked. On the mobile app, it’s mostly stories your connections share, or updates about them. That makes the mobile app a far more useful way to stay in touch with and support your contacts.

If you stick with one LinkedIn activity, a useful habit is checking to see which contacts have changed jobs. The LinkedIn app makes it easy to see on the fly who has a new gig, a work anniversary or a birthday.

With a tap, you can “like” a career update or congratulate someone, with the option of making the message a little more personal. For those who prefer using the LinkedIn website, go to “Ways to Keep in Touch” on the homepage.

8. Connect With People You Actually Know

LinkedIn is so much more useful when the people you see coming up in your feed are people you’ve had a relationship with in some way. Once adding a connection, pop their email addresses into your contact database of choice and add a note about how you know them. Those little notes can come in handy years or even decades later.

LinkedIn is an ideal place to practice selfish altruism; what benefits your network often benefits yourself. Spending a few minutes daily or even weekly there can strengthen ties with who you know and lead to meaningful conversations with those you don’t. Even all those kids on Snapchat may come to appreciate that as they further their careers.

David Berkowitz (@dberkowitz) is CMO of agency MRY. You can, of course, find him on LinkedIn.

The post 8 Ways You Should Be Using LinkedIn (but Probably Aren’t) appeared first on Mediabistro.

Not Even a Wave of Oil Bankruptcies Will Shrink Crude Production