Home Stock Market Here’s a super quick guide to what traders are talking about right... 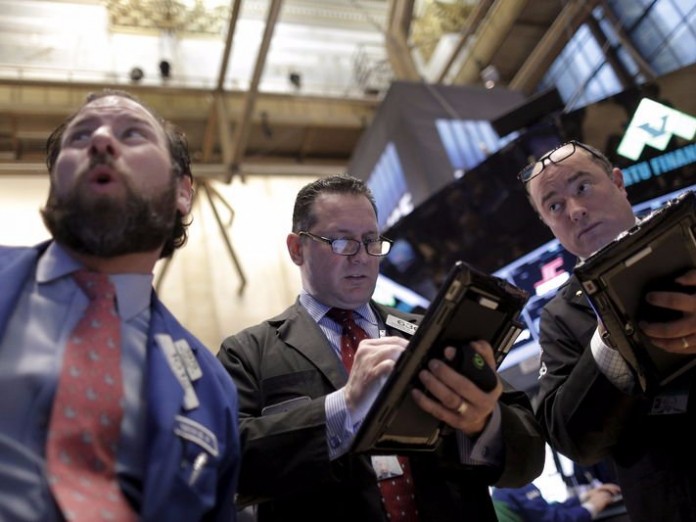 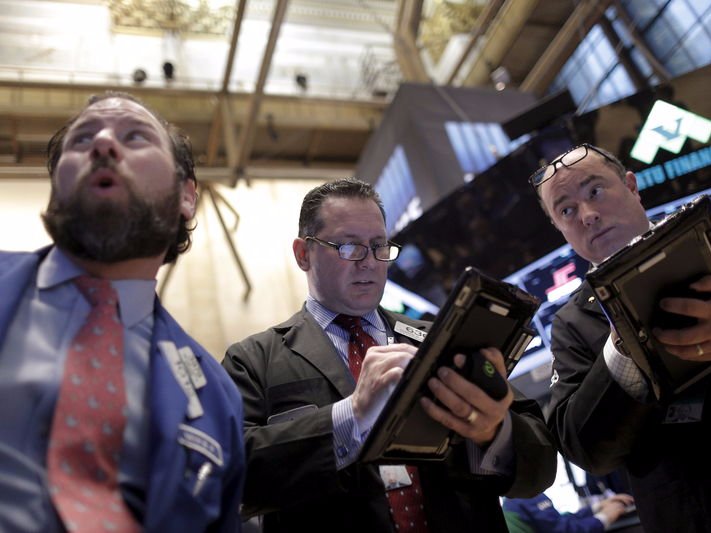 Via Dave Lutz at JonesTrading, here’s a quick guide to what traders are chattering about on Thursday morning:

Good Morning!  US Futures have surrendered overnight gains of nearly 1% despite some solid earnings reports (FB up 11%, BABA 7%, F 3%) as European markets dive deeper in the red.   We have the DAX and STOXX off 1.7% with every major sector in the red – not even higher Oil prices is helping Energy stay green.  FX skews remain in the spotlight after AAPL y’day, with the strong Swissie killing Roche #s, weighing on the overall healthcare sector.   The still HATE the Financials overseas, with EU Banks off nearly 3% and several Italian banks are limit down.  In London, the FTSE was quickly rejected from 6000, with only the Miners strong on the FTSE with Anglo up 10% on headlines.   Volumes are pacing slightly heavier than what we have seen thus far in 2016 on average.  In Asia, Chinese stocks closed at a fresh one-year low overnight after another round of panic selling- Shanghai lost almost 3% as steel, telecommunication and computer service sectors led the decline, while Japan lost 70bp ahead of the BoJ and Aussie gained 60bp as resource stocks continued to see a cover.   While Samsung #s weighed in Korea, the KOSPI closed well bid and Emerging Markets finished at a 2week high.

I am seeing some Haven buying early, with the 10YY back under 2% in the states, following German Yields south.  Gold is picking its head up, nearing unchanged after overnight weakness, while the Euro is seeing a bid as leverage is drawn-down.   Keep an eye on the Yen – Stunning it remains near $/Y 119 as Japan’s economy minister resigned due to scandal – The Doves are firmly in charge in Tokyo and Kuroda may not be able to satisfy their demands.   The DXY is lower as Fed Funds show only a 16% of a March Hike, down from 33% pre-Fed yesterday.   The Oil complex is holding yesterday’s gains as headers persist of a OPEC/Russia meeting next month – while the cover bid has vanished from Natty as yesterday’s expiry action fades and warmer weather is projected.   The Metals are mixed, with Gold and Platinum higher, but copper reversing this week’s china-induced gains.   Softs are weaker across the board.

Ahead of us today, we get Weekly Jobless Claims and Durable Goods Orders at 8:30, ahead of the Pending Home Sales data at 10.  10:30 brings us Natty gas Inventory data – and at 1pm the US Treasury auctions off $29B in 7Y Notes.   Earnings remains in focus (ABT, BMY, CELG, LLY / BX, IVZ, TROW / BABA, TWC / POT / CAT, F, JBLU / UA, MO. HSY / BHI pre open – while we get AMGN / AMZN, ERTS, MSFT, KLAC, WDC / V tonight).  Down in Washington, we have a Senate Finance Cmte hearing on retirement savings plans at 9:30, and a Senate Health, Education, Labor and Pensions Cmte hearing on generic drug user fee amendments and access to generic drug at 10.  We have no Fed speakers – attention firmly on tomorrow afternoon where Fed’s Williams gives a forecast speech in San Francisco.

NOW WATCH: We tried the new value menus at McDonald’s, Burger King, and Wendy’s — and the winner is clear

Apple and Google are more popular than any presidential candidate (AAPL, GOOG)

Microsoft, Google and Facebook will back Apple in the FBI fight (MSFT)

A Few Worrying Numbers From the Bond Market