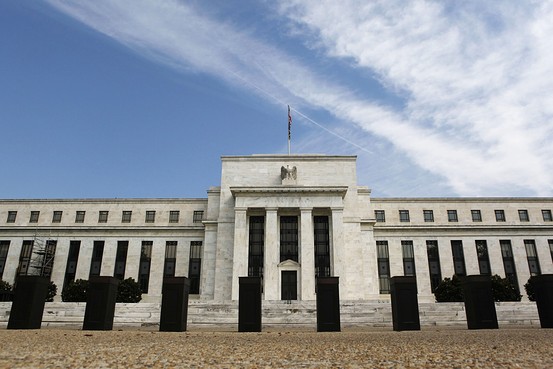 How negative would negative interest rates be for U.S. banks?

Most of Wall Street views the possibility of the U.S. following the European Central Bank and Bank of Japan in implementing negative rates as remote at this point. Yet that hasn’t stopped them from  taking a moment to study the implications of negative rates.

Deutsche Bank analyst Matt O’Connor, who also calls the possibility very unlikely, tried to put some numbers around how U.S. banks, and their profits, would fare.

Mr. O’Connor says the impact of negative short-term interest rates on banks’ net interest margins, the difference between their cost of funding and lending rates and a key source of profits for banks, is probably not as troubling as some investors might fear.

Should the Fed decide to go negative, something Mr. O’Connor said they would only do so after introducing another round of quantitative easing, i.e. “QE4,” he estimates that negative rates could reduce net interest margins at banks by 12 to 16 basis points on a full-year basis. That, he says, would hit earnings per share at banks by 10%.

Negative rates will also hit loans, but Mr. O’Connor predicts that the impact on loans would be less dramatic than feared because interest rates on many loans can only go so low. Consumer banks can choose not to lower the base prime rate, which drives most consumer pricing, so banks would have discretion there.

Banks could minimize the impact by keeping their prime rate at a larger spread to the Fed-funds rate compared to historical levels and reducing other borrowings.

Beyond these drops, Mr. O’Connor says there will clearly be other wild cards in a negative-interest rate environment.

Still right now the Fed is actually weighing whether or not to continue raising rates — not cut them. The Fed in January held its benchmark short-term interest rate steady at between 0.25% and 0.5%.  The central bank increased that rate by a quarter percentage point in December and penciled in four more rate increases for 2016. But investors are increasingly skeptical that those rate hikes will take place.