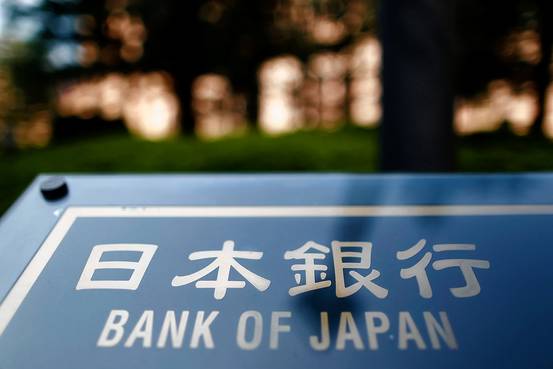 The Bank of Japan was not the first to introduce negative interest rates, but its move seems to have kicked the door wide open for other nations considering the move.

That has strategists and economists asking the question: Just how low can rates go?

“Our analysis suggests that the nominal bound on the policy rate is probably a lot lower than people have thought,” the economists write in a report Tuesday.

Some investors are beginning to think of negative rates as the next big innovation in monetary policy. The idea is that charging financial institutions to hold their money at central banks would deter them from parking cash there, and instead inject money into the broader economy. It also comes with risks, such as the potential for pressuring bank profitability and spurring excessive risk-taking.

Some also say negative rates will do little to spur growth. William Poole, a former president of the Federal Reserve Bank of St. Louis, said in an opinion piece on Monday that such policies would simply be a distraction from the structural constraints on growth.

A good chunk of the world now uses negative rates. In addition to the Bank of Japan, the European Central Bank and Swiss National Bank both set their policy rates below zero. In fact, negative rates are used at banks that determine policy for more than a fifth of global domestic product.

The Fed in December lifted its policy rate for the first time in nine years, but recent signs of economic weakness have investors and analysts debating whether the U.S. could reverse direction and, at some point, adopt negative rates. Some have suggested that negative rates could prove attractive because they don’t require the Fed to grow its balance sheet, which is already very large after years of bond purchases.

Asked about it during Congressional testimony on Wednesday, Fed chairwoman Janet Yellen didn’t give a definitive answer.

“That remains a question we still would need to investigate more thoroughly,” Ms. Yellen said. “I am not aware of anything that would prevent us from doing it, but I’m saying that we have not fully investigated the legal issues. That still needs to be done.”

Not everyone agrees U.S. monetary policy is headed toward negative rate targets. Mike Cloherty, head of U.S. rates strategy at RBC Capital Markets, says the $2.5 trillion in money market funds that relies on short-term rates would be stressed by such a policy, which would keep it from ever happening. Instead, he thinks the obsession with negative rates in the U.S. stems from the release of stress test scenarios last month that ask banks to consider a hypothetical negative-yield scenario.

“Speculation about negative rates is wildly overdone,” in the U.S., he said in a report Tuesday.

Still, now that rates globally are dropping below zero, once thought to be the lower bound, the bottom may be a lot lower than people think.