Home Articles How Worried Should You be About U.S. Manufacturing? 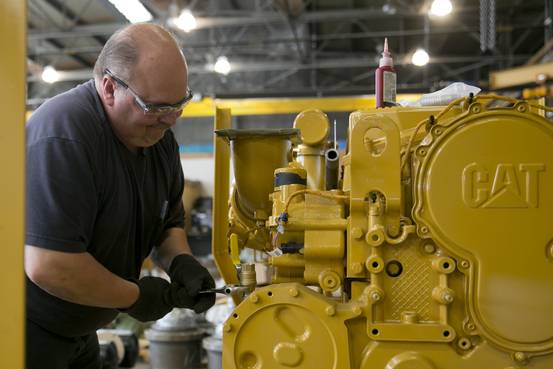 A continued slump in manufacturing has investors increasingly worried that a recession is on the horizon.

Data released Monday painted a grim picture. The Institute for Supply Management’s manufacturing index, a gauge of U.S. factory activity, contracted for the fourth consecutive month in January, according to data released Monday. The index rose slightly to 48.2 from 48 in December, though a reading below 50 indicates contraction in the sector.

Many dismiss the current malaise because the sector is such a small part of the economy. Other indicators, such as the strength of the labor market, suggest a brighter outlook, with the U.S. adding a robust 292,000 jobs in December.

Still, as MoneyBeat wrote Sunday, the pullback in manufacturing is getting harder to ignore. Mark Yusko, chief executive officer of Morgan Creek Capital Management, believes the slowdown in manufacturing is evidence the U.S. will fall into a recession. He expects the downturn to look like the market collapse of 2000, and suggested the S&P 500 Index will fall through the end of next year.

“The headwinds on manufacturing are going to be there,” said Mr. Yusko. “That’s going to accelerate downward here and I do think we’re going to have a good old fashioned normal downturn in the business cycle.”

Manufacturing is capital intensive, so it typically grows at the beginning of a business cycle. When that growth begins to reverse, it signals the cycle is coming to an end, analysts say.

“Services is the bigger chunk relative to manufacturing, but manufacturing oftentimes sits at the very core of a business cycle,” said Dubravko Lakos-Bujas, J.P. Morgan Chase & Co.’s head of U.S. equity strategy and global quantitative research. “If manufacturing weakens substantially, that could have repercussions for the broader economy.”

Weakness in the manufacturing sector suggests a 44% chance of a recession over the next 12 months, according to J.P. Morgan, while the service sector, which has decelerated at a slower pace, suggests a 35% chance. The probability may lie somewhere between the two, Mr. Lakos-Bujas said.

Industrial production, also historically a leading indicator of recessions, has fallen for 10 of the past 12 months. It has dropped 2% since December 2014.

Still, many are more optimistic, suggesting there are few signs of a broader downturn. Optimists argue that manufacturing only makes up about 12% of U.S. output. That’s roughly half as much as during the 1960s, according to Goldman Sachs Group Inc. data. Even if manufacturing weakens significantly, its effects aren’t likely to ripple across the economy, some investors say.

For example, one sign of a coming recession is a rise in initial jobless claims across many U.S. states, which so far hasn’t happened, said Tim Duy, an economist at the University of Oregon, in an online post.

Instead, the weakness is contained in the energy sector, and has been compounded by a strengthening U.S. dollar, investors say. Mining output, for example, which has fallen 10% in recent months, has been driven by a 62% drop in oil-and-gas well drilling.

Still, many say energy-related investments can’t fully explain the impact of the downturn. Goldman Sachs economists said in a report Friday that declines in energy investment only account for 25% of the drop in manufacturing output, and that the energy industry by itself is too small to drag down the whole sector.