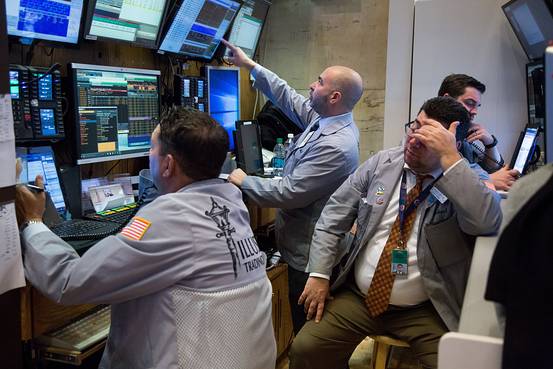 The U.S. stock-market rout is cooling an investment product that has been one of the decade’s hottest.

The outflows are a challenge to asset managers who offer exchange-traded funds, which had been a bright spot as investors sought low-cost investing tools in recent years. Inflows last year fell short of their 2014 record, and the latest stock-market swoon could further crimp inflows into the funds just as ETF issuers are trying to court jittery investors with new products.

Exchange-traded products have grown sharply in recent years, with assets nearly doubling since 2010. They even gathered new investor money during the financial crisis, according to FactSet data, and investors added a net $2.7 billion to the products in August. That month, products holding U.S. stocks experienced outflows as the S&P 500 posted its biggest monthly decline since May 2012 amid worries about China’s economy.

Concerns have intensified since then, however, said Monish Shah, head of ETF trading at Mizuho Securities USA Inc.

Investors’ caution has created some bright spots among the products. U.S. fixed-income exchange-traded products brought in $13 billion last month and $2.1 billion in the first week of February, according to FactSet. Investors have been seeking assets perceived as safer than stocks such as U.S. government debt and gold.

Goldman Plans ETF to Mimic Hedge Funds… With a Delay

One lesson you need to learn if you’re going to spend...