Home Articles One Thing Not Driving the 2016 Selloff? Valuations 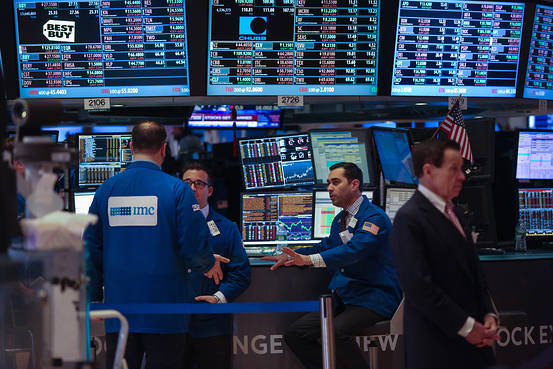 For months, strategists warned that high valuations in the U.S. could leave stocks vulnerable to a correction. But valuations seemed to have had little hand in guiding investors during this year’s steep declines across global markets.

Equity markets that were relatively more “expensive”—those with higher valuations—didn’t suffer any more than their “cheaper” counterparts from the recent turbulence, data suggest.

That speaks to the host of other factors guiding January’s sharp moves, from oil to central banks. It also underscores what many market observers have known for some time—valuations are a poor predictor of short-term market moves.

A comparison of one-year forward price-to-earnings ratios for major bourses in the U.S., Japan, Europe and emerging markets shows little relation between the indexes’ valuations at the start of the year and the extent of their falls.

The S&P 500, for instance, which had a relatively higher valuation going into the year, fell less in percentage terms than indexes in Europe and emerging markets.

Of course, comparisons of index-level price-to-earnings ratios are a rough guide, as different markets are weighted to different types of stocks. But it still illustrates a broader trend: the massive selloff seen in January had little to do with fundamentals, or where companies’ trade relative to their book values, and much more to do with strategy around positioning.

As fear rose about the impact on global growth of economic slowdown in China, “people were more worried about capital preservation than valuations,” said Ramin Nakisa, a strategist at UBS.

When stocks fall quickly, they often fall together and in conjunction with other asset classes, pushing investors’ focus onto short-term portfolio risks, said Alastair George, chief strategist at Edison Investment Research. That moves attention away from medium-term return expectations, where valuations are more relevant.

At the same time, central banks currently hold enormous sway over asset allocation. During the recent market turmoil, stocks moved in line with news from the European Central Bank, Bank of Japan and U.S. Federal Reserve.

“This age of unconventional monetary policy has meant that many investors have been sitting close to the exits,” said Mr. George. So amid a bit of a shock, “these investors would have been the first to de-risk portfolios, adding to the selling pressure,” he said.

Meanwhile, stocks and oil prices increasingly moved in lockstep this year. This correlation, coupled with the uncertainty around China and global central bank policy, led to a vicious feedback loop between oil prices, Chinese growth concerns and risky assets. In that environment, valuations mattered a lot less, analysts said.

In the short term, valuations typically have been a poor predictor of market trends, particularly in periods of high volatility and uncertainty over the growth outlook. It is only for much longer-term investment horizons, spanning multiple years, where valuations find their ties to market trends.