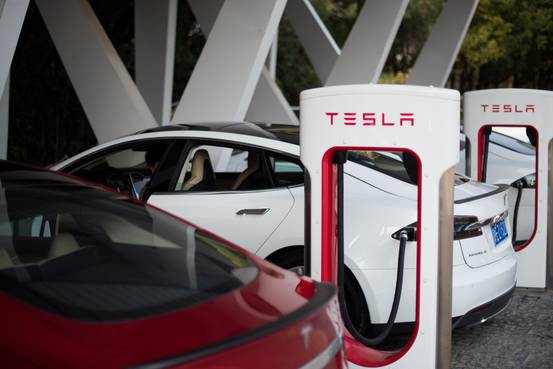 The options market has a message for Tesla Motors Inc. investors: Fasten your seat belts.

The electric car company is scheduled to report fourth-quarter results after the bell Wednesday.

Options traders are betting on a 16% move in Tesla shares in either direction through the end of the week, based on a strategy called a straddle, according to Trade Alert. A straddle involves buying a call option and a put option at the same strike price, near where stock currently trades, in order to bet on the size of the move instead of its direction.

A call option grants the right to buy shares of the underlying stock at a certain price, called the strike, by a specific time. A put confers the right to sell shares.

Tesla’s stock has averaged a 7% swing over the last eight quarters, but has notched bigger moves more recently. Back in November, shares rallied 11% after earnings, while the stock dropped 8.9% after earnings in August, according to Trade Alert.

The company has had a tough time so far this year. Shares have slumped nearly 40% in 2016, outpacing declines in auto makers and momentum stocks.

Four of the five most traded Tesla options on Wednesday were put options, but it wasn’t clear whether investors were buying or selling them.