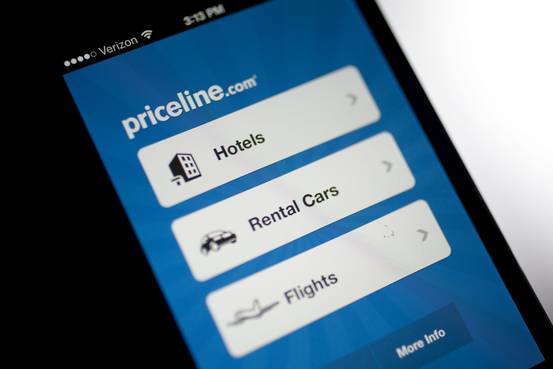 Among the companies with shares expected to trade actively in Wednesday’s session are Priceline Group Inc., Rackspace Hosting Inc. and Fossil Group Inc.

Priceline said profit climbed in the final quarter of 2015, fueled by double-digit growth in hotel bookings.

Cloud-computing company Rackspace said Tuesday that it made “significant progress” on strategic and financial goals in the fourth quarter, but it issued 2016 revenue guidance below Wall Street estimates.

Fossil on Tuesday reported better-than-expected results for its latest quarter, even as sales and profit declined.

Shopify Inc. said revenue doubled in its fourth quarter, while the e-commerce platform gave strong revenue guidance for the year.

Garmin Ltd. reported its profit sank 37% in the final quarter of the year as the GPS navigation-device producer was hurt by currency headwinds, an income-tax provision and lower margins.

The operator of Outback Steakhouse , Bloomin’ Brands Inc., posted revenue and profit declines in the final quarter of 2015 as sales at its established domestic restaurants fell across all of its brands.

Campbell Soup Co. raised its full-year earnings forecast as the company said it anticipates results, buoyed by cost cuts, to be better than expected in its second quarter.

Devon Energy Corp. plans to lay off 20% of its workers, slash its quarterly dividend and pare spending this year as depressed energy prices continue to weigh on the oil-and-gas producer’s results.

Express Scripts Holding Co. on Tuesday reported a drop in revenue for its fourth quarter, as the largest pharmacy benefit manager in the U.S. gave a weak profit outlook for the current quarter.

Lumber Liquidators Holdings Inc. Chief Executive John Presley disclosed Tuesday he has been diagnosed with a “very treatable form” of leukemia. Mr. Presley, who didn’t disclose the type of leukemia he has, said he expects to stay involved in the day-to-day operations of the company.

Are Markets Really Predicting a Recession?