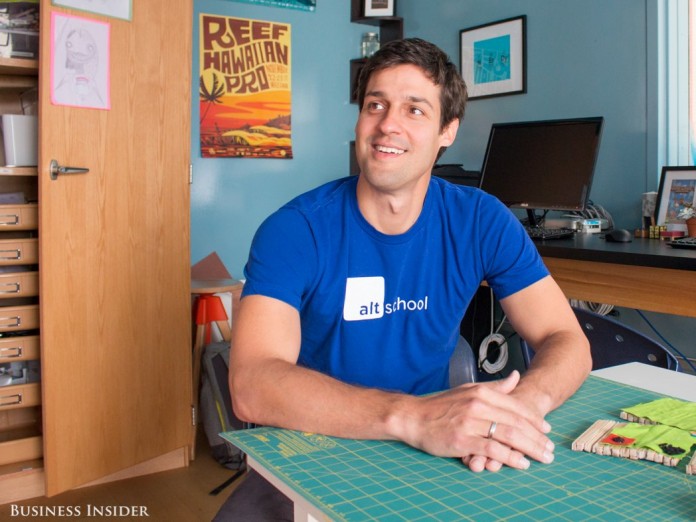 Amid discussions about blood in the water and the impending doom and gloom of the startup ecosystem, there’s plenty of great startups out there still poised to change the world.

Business Insider talked to industry insiders, venture capitalists, startup founders, and looked at some fundraising data from PitchBook and CB Insights to derive this list of startups to watch in 2016.

To limit the list, we looked at companies founded in the last five years and narrowed it down to companies with a San Francisco headquarters (that excluded Palo Alto, Mountain View, and San Jose-based ventures).

It’s guaranteed to be an interesting year ahead, so here’s the hottest startups in San Francisco to keep your eye on:

Honor wants to reinvent how you take care of your elderly parents. What it is: While many other “on-demand care for seniors startups” rely on independent contractors, Honor flipped the system on its head. The company launched in April 2015 as another startup that aims to match seniors with professionals who can take care of them in their homes while giving concerned family members a way to keep track of everything.

Unlike on-demand services like Uber and Lyft that let people accept jobs right away, Honor wants its home-care professionals, who start at $15 an hour, to foster long-lasting relationships with seniors. In January 2016, the startup changed its caretakers from contractors to employees of the startup, even offering stock options and benefits. Its model of taking care of not only the elderly, but also its caretakers, made Honor stand out among the new startups in San Francisco. Earlier this month, it earned the Crunchie for “Best New Startup.”

Checkr may be the big winner of the “gig economy.” What it is: More companies are providing on-demand services carried out by independent contractors, who drop off your deliveries and drive you from place to place, and many of these have gone through Checkr. The company is poised to take advantage of the growing freelancer market by offering the same background checks offered by traditional firms, but quicker. Its background checks have become staples for companies like Uber, Handy, Instacart, and GrubHub.

Checkr’s background reports can be ready anywhere between a few hours and a couple of days, though most are ready within 24 hours. Its background checks include address history, sex-offender searches, and social-security number verification, in addition to checking applicants’ names against terrorist watch lists and crime databases.

Gusto solves the payroll and benefits problems for small businesses. What it is: Formerly known as ZenPayroll, Gusto tries to help the headaches small businesses face by handling their insurance, payroll, and other HR tasks for them. Up until a few weeks ago, Gusto was known as the competitor to Zenefits, but in the past few weeks, Zenefits has faced a meltdown as its CEO resigned and regulatory issues were brought to light. That leaves a major opportunity open for Gusto, which has so far touted its industry compliance rather than skirted it.

See the rest of the story at Business Insider

Visa just took a huge step into China with this partnership...

Day Trading Full-time and Giving Up Your Job