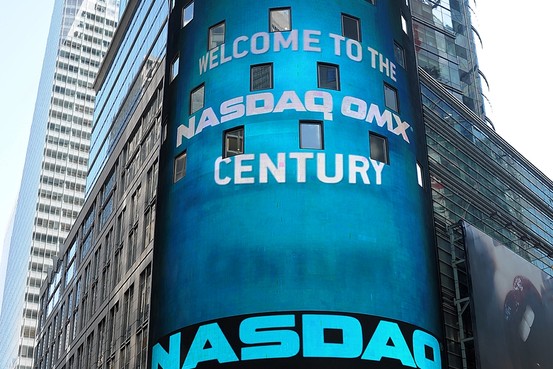 This time it’s hitting tech stocks broadly, and those tech companies that provide support for corporate America, specifically. The Nasdaq Comp traded down 3% Friday. LinkedIn Corp. and Tableau Software Inc. are two of the biggest losers on the day.

Both companies’ reported fourth-quarter earnings after the close Thursday that spooked investors. LinkedIn Corp. posted a fourth-quarter loss and gave weaker-than-expected forecast for 2016. Its stock recently traded down more than 40% to $112.12. Tableau Software Inc. fell even more, down 47% in recent trading after it reported results and guidance that fell below Wall Street estimates.

FBR analyst Daniel Ives called Tableau’s results and guidance a “major ‘gut punch’,” to investors. He said that investors had become used to Tableau beating guidance and raising it when reporting earnings.

Tableau is a big data and cloud computing company that allows its customers, typically large corporations, to analyze vast reams of data quickly.

Some bears have long been warning that valuations in the “cloud” computer sector have been sky-high with investors focused on fast revenue growth rather than profitability. According to venture-capital firm Bessemer Venture Partners’ cloud index, the average $1 billion-plus valued cloud company was trading at 7 times 2015 revenue as of yesterday’s close.

If the pessimists are right, then these companies are very vulnerable to any suggestion that revenue growth might slow. Unlike other companies, they don’t have a profit lever to pull to make up for any drop off in revenue growth.

Mr. Ives says he’s still a believer that big data landscape will see massive growth in the coming years, but that Tableau’s results shows that the overall market for internet technology is choppy right now.

The selloff Friday among  computing companies, large and small, old and new, was swift and brutal. Splunk Inc. dropped 25%. Workday Inc., a company that makes cloud-computing applications for human resource divisions of major corporations, is down 14%. Salesforce.com Inc. is off 12%.

Investors also raced out of other social-networking companies, pushing Twitter Inc. and Facebook Inc. down more than 5%. Pandora Media Inc. is down 4%. LendingClub Corp. is down 8%.

Amazon.com Inc. wasn’t immune to the pain either. Its shares are down 5%, and Netflix Inc.’s stock is down nearly 6%.

The selloff speaks to broader recession fears among investors, as sectors that would see a drop in revenue in a weaker economy also took hits. The travel sector, for example, saw a number of stocks fall, including Zillow Group Inc., Royal Caribbean Cruises Ltd. and JetBlue Airways Corp. all falling about 5%.

CORRECTION: LinkedIn is not part of the Nasdaq Comp. An earlier version of this post incorrectly indicated that it was.