Home Articles Trade in the balance 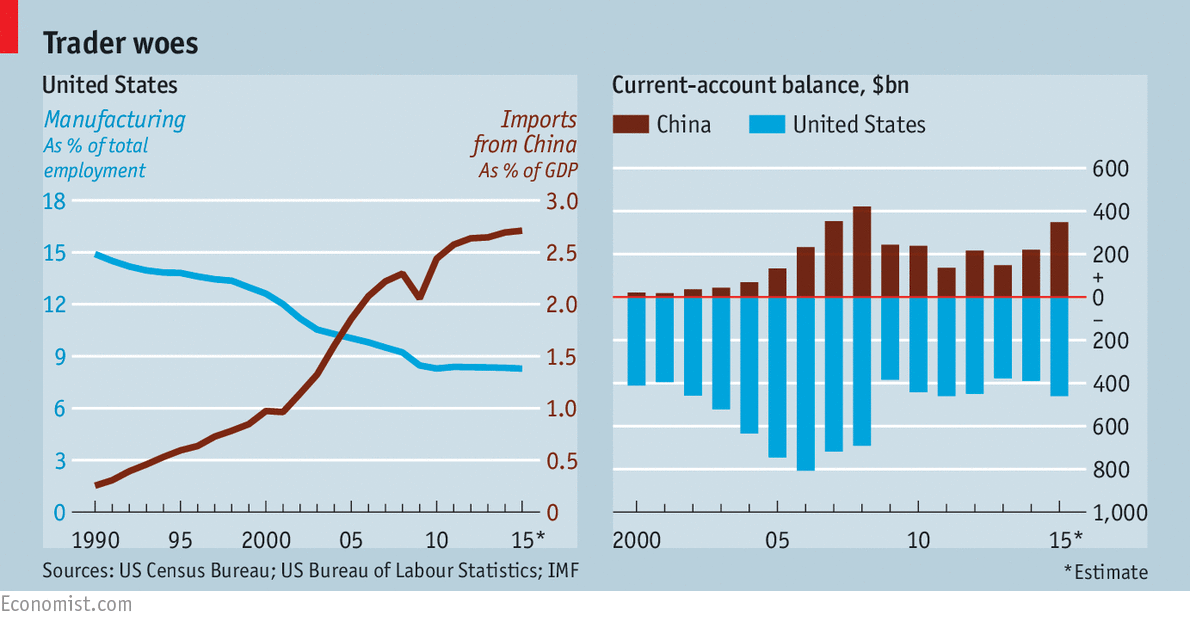 THE past two decades have left working-class voters in many countries leery of globalisation. Donald Trump, the billionaire television star who promises to slap a 45% tariff on Chinese goods if elected president of America, has partly based his candidacy on this angst. Economists tend to scoff at such brash protectionism; they argue, rightly, that trade does far more good than harm. Yet new research reveals that for many, the short-term costs and benefits are more finely balanced than textbooks assume.

David Autor of MIT, David Dorn of the University of Zurich and Gordon Hanson of the University of California, San Diego, provide convincing evidence that workers in the rich world suffered much more from the rise of China than economists thought was possible. In their most recent paper*, published in January, they write that sudden exposure to foreign competition can depress wages and employment for at least a decade.

Trade is beneficial in all sorts of ways. It provides consumers with goods they could not otherwise enjoy: without it only Scots would sip lovely Islay single malts. It boosts variety: Americans can shop for Volvos and…Continue reading

3 Forces Behind Overtrading and How to Control Them