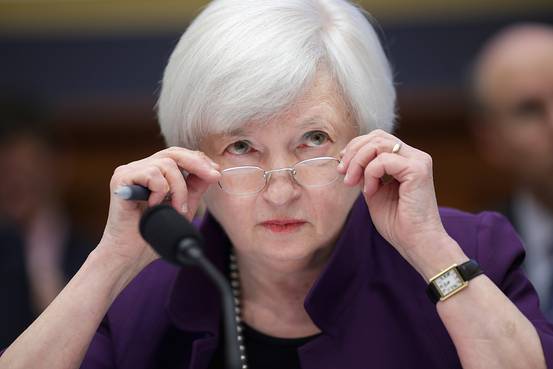 Fed officials kept a March interest-rate rise on the table Wednesday, but a key market used to bet on central bank policy continues to show that many investors aren’t buying that a rate increase is actually going to happen then.

Instead, markets continue to expect that the Fed will only raise short-term borrowing costs by a quarter of a percentage point in 2016. That’s below the forecast the Fed gave in December of a full percentage point rise in 2016, and it illustrates a decline in market expectations over the past weeks as tumult in financial markets has had investors and traders questioning the health of the global economy.

In the Fed’s January statement, the central bank said that economic activity had slowed since it met in December. It added that market-based inflation measures declined further, with inflation expected to remain low in the near term partially because of further declines in energy prices.

Against that backdrop, traders and investors wagering on the direction of rates in the futures market now see a 29% chance the Fed will up borrowing costs at its next meeting in March, according to CME Group data. Before the Fed’s announcement Wednesday, the market assigned a 33% likelihood to a March rate rise, and in the context of some of its recent swings, such a move isn’t a major one.

Before 2 p.m. Eastern time, when the Fed’s latest decision hit, traders and investors assigned a greater-than-50% chance of the next rate rise occurring in June. Now, it isn’t until the Fed’s July meeting that the market puts the odds of a rate rise above 50%.

A month ago, the likelihood of a March rate rise was pegged at 52%. But, as the Fed alluded to, there’s evidence the economy stumbled further from when the central bank gathered in the middle of December. The first read on fourth-quarter GDP growth comes out Friday, and economists surveyed by Dow Jones forecast the economy expanded at a rate of only 0.8% in the final three months of 2015.

In its statement, the Fed maintained that it would consider financial and international developments when it makes its next decision on rates. Given turbulence around the world, the Fed could keep rates lower for longer. “The current market upheaval seems to be causing [the Fed] more concern,” said Drew Matus, economist at UBS.

What Yellen Is Talking About When She Talks About Financial Conditions