Home Articles Will Fed Throw in Towel? Bond Traders Not So Certain After Jobs... 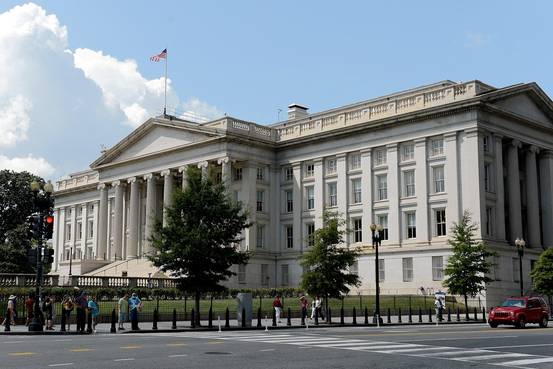 The moves in U.S. interest rates on Friday may be small, but they’re worth watching.

January’s jobs report sent all sorts of mixed signals to the market on Friday, and that has bond traders questioning their thesis that the Federal Reserve can’t lift interest rates this year. Short-term U.S. Treasury yields are rising even as long-term rates fall. Since short-term rates are considered most sensitive to central bank policy, their yields rise when investors think the Fed will lift rates. It’s notable that such moves happened even as long-term yields fell. Yields move in the opposite direction to prices.

This move comes after a rally in Treasury prices this year, which has sent the two-year yield down sharply from its multi-year high at the end of 2015. Friday’s climb is a sign that bond traders believe that a rate rise is a possibility this year, according to Jim Vogel, interest-rate strategist at FTN Financial.

“This does change the market’s one-way view about the Fed and dents market confidence that the Fed is going to throw in the towel,” Vogel said.

There’s now nearly even odds–48%–of a rate hike in December, compared with a 34% chance on Thursday, according to CME data that uses fed funds futures contracts. Investors still don’t think March is on the table. Fed funds future have the chances of central bank moving at that meeting at 10%.

So, what gives? The headline number for jobs growth last month came in below analyst expectations. Yet average hourly earnings of private-sector workers, a measure of wage gains, heated up, rising 2.5% in January from a year earlier. That’s higher than expected, and it’s the first data point to support the Fed’s continued rate hikes in weeks, according to Mr. Vogel.

Though the move in short-term treasuries is a thaw in negative sentiment among bond traders, its hardly evidence that the Fed will act, especially since the report sent so many mixed signals. Barclays economists, for example, used the jobs data to lower its expectation for rate hikes this year: They now foresee only two rate rises this year, rather than three.

Yet the bet against the Fed lifting rates in 2016 is showing signs of ware and tear.

“If people were looking for support from the data to say the Fed is going to get off the tightening path, I don’t think the data is conclusive enough for us to feel that way,” said Krishna Memani, chief investment officer at OppenheimerFunds.

Here’s a super quick guide to what traders are talking about...

Society is a Machine – Joe Rogan