Home Articles Yahoo Fails To Impress With Its New Plans 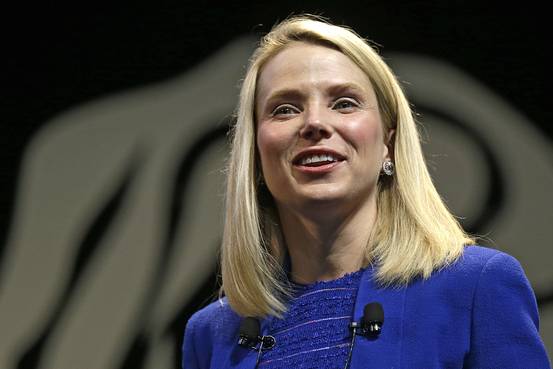 Yahoo Inc. investors are once again taking stock of Chief Executive Marissa Mayer‘s business decisions and the future of the company. Some of them apparently don’t like what they see.

Yahoo’s shares are down as much as 8.6% Wednesday after the company said it is exploring “strategtic options” for its struggling Internet business and took a $4.5 billion charge to write down the value of businesses including its Tumblr blogging site.

The analysts who maintained a buy rating on Yahoo largely did so by dismissing the value of the core Yahoo business as but a minor piece of the company’s value.

Macquarie Capital Inc. analyst Ben Schachter said he can still rate Yahoo as an outperform because the company “remains a stock driven by the value of its Asia assets and the potential tax implications of unlocking the value of those assets.” He estimates that Yahoo’s core business accounts for just 12% of his price target, while its massive stakes in Alibaba Group Holding Ltd. and Yahoo Japan  are worth far more.

“In other words, the ups and downs of core [Yahoo] simply don’t impact the stock nearly as much as potential changes to the Asia assets,” Mr. Schachter wrote. His price target of $33 is about 20% above where Yahoo’s stock is currently trading.

That said, he’s far from optimistic that Yahoo can execute on “yet another” turnaround plan, writing that he and his team “simply don’t see how [Yahoo] will maintain or gain search share as the world transitions to mobile.”

Raymond James analyst Aaron Kessler also said he maintained his outperform rating simply because of the sum-of-the-parts value of the company, despite a core business that remains challenging.

SunTrust Robinson Humphrey analyst Robert Peck said he was relieved to see Yahoo embracing a sales process of its core business. He called it the fastest way to maximize value for shareholders. He estimated that the core business could be valued between $6 billion and $8 billion by a strategic buyer and $4 billion to $6 billion by a financial buyer.

The Wall Street Journal earlier reported that Wall Street Journal owner News Corp and IAC/InterActiveCorp , telecom giants including Verizon Communications Inc. and private-equity firm TPG have expressed interest in purchasing parts or all of the business.

Evercore ISI analyst Ken Sena looked more closely at the core business and its future and came away wary of even the company’s stepped-down guidance. He said that the company’s earnings guidance seemed to bake in a stabilization and reacceleration of growth for Yahoo’s core business. He called the possibility of such growth unlikely.

Ms. Mayer defended the company’s turnaround plan on a conference call Tuesday and on CNBC Wednesday. She told CNBC that the company is “confident” in its new plan but that she has a “more reasoned perspective” of how long such a turnaround will take. She estimates that revenue will be down in 2016 as well as earnings before interest, taxes, depreciation and amortization, or Ebitda.

Google just made a move that could derail Roku’s big plan...

Can Mutual Funds be Too Big to Fail? NY Fed Says...